As the coronavirus pandemic cuts through the country, it is leaving behind large numbers of deaths that surpass those of recent history. A New York Times analysis of state data from the Centers for Disease Control and Prevention shows just how many lives are being lost in the pandemic in each place — as the virus kills some people directly, and other lives are lost to an overwhelmed health care system and fears about using it.

Our analysis examines deaths from all causes, beginning in mid-March when the virus took hold in the country, and examines every state with reliable data. The death count so far is not uniform around the nation. Some places have seen staggering death tolls, while others have seen smaller aberrations from historic patterns. In some states, the number of deaths so far looks roughly in line with those in a typical year, suggesting that the virus and its effects throughout medicine and society have not yet had a major impact on survival.

New York City, long the epicenter of the U.S. outbreak, has experienced the most extreme increase in deaths, which surged to six times the usual number. Altogether, since mid-March deaths there are 23,000 higher than normal.

Where deaths are far above normal

Much more, with graphs, at The New York Times 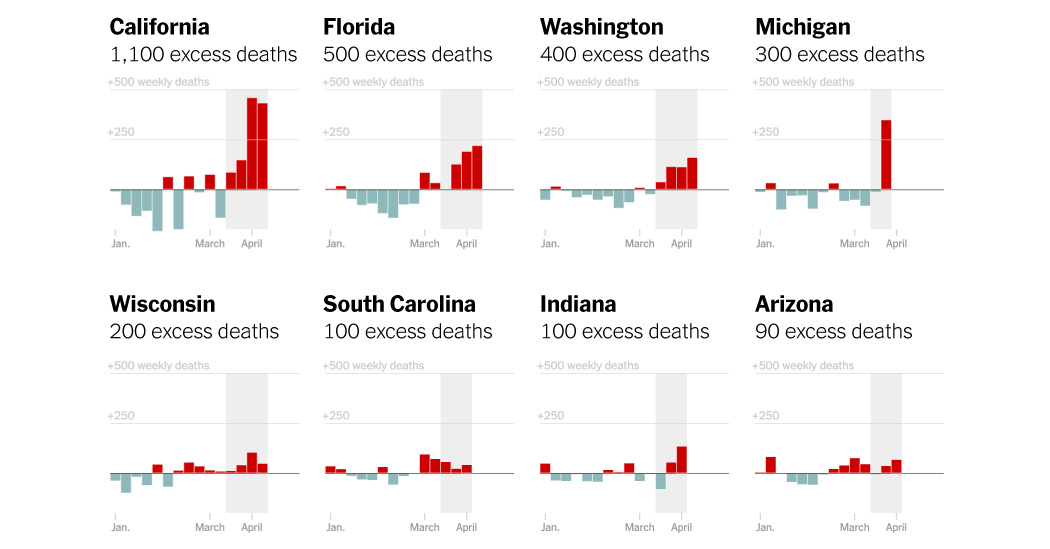